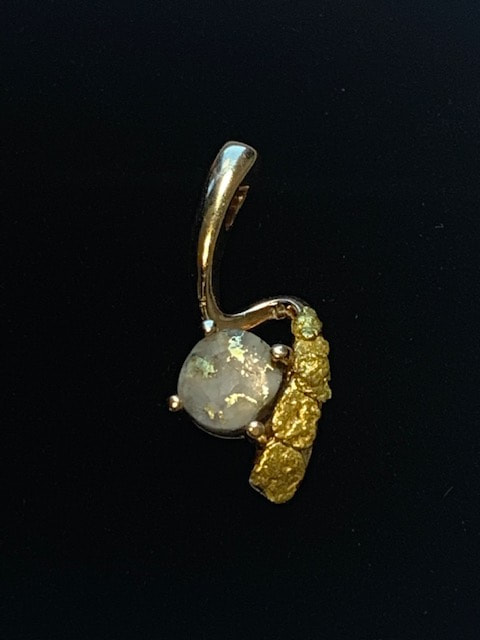 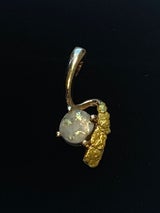 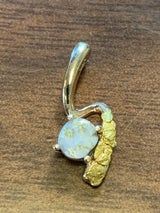 Along the right side of the piece is Alaskan gold nugget overlay highlighting the rugged beauty of naturally occurring gold in its two forms, both hard rock (in quartz) and gold nuggets eroded from quartz veins and deposited and concentrated into the rivers and streams.

Sold Out
Add to Cart