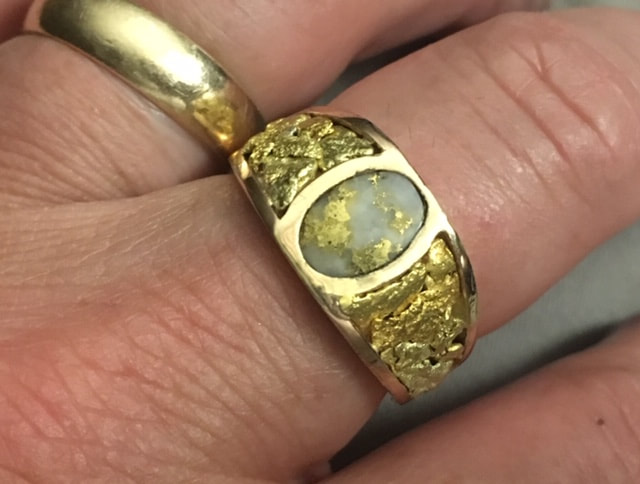 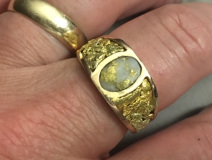 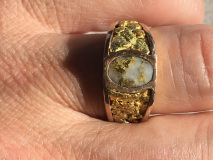 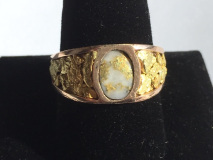 This handsome ring centers around a 2.5 carat natural gold quartz oval. The natural gold quartz stone was taken directly from the wall of the sixteen to one mine, cut into shape exposing the pure gold vein within. The ring is channel inlayed on both sides of the gold quartz with natural Alaskan gold nuggets. This ring captures the beauty of both forms of gold, the hard rock source (gold quartz), and gold nuggets eroded over thousands of years from quartz veins and deposited into streams and rivers.

The gold quartz gem weighs a total of 2.5 carats.

The ring itself is cast in solid 14kt yellow gold and weighs in at 7.7dwt